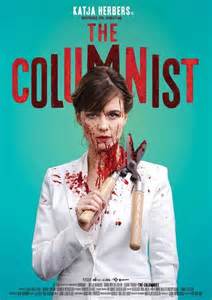 Femke Boot (Katja Herbers) is a columnist suffering from trolls and insults and death threats on social media, but then one day she snaps. Of course, as a revenge fantasy it is going to play into everyone’s desire that that they could give payback to vehement trolls and commenters on Twitter, Facebook, et al, especially women. But it’s notable that although we nod along, the film doesn’t truly celebrate Boot’s homicidal rebuttals. It’s not the kind of film where she wrecks retribution with one-liners, although there would surely be acres of opportunity for that. The commentary is that very quickly vengeance consumes her to the detriment of all else, so it’s a cautionary tale as much as anything else. It’s a nasty, clean, unfussy, papercut of a revenge fantasy with discussions of free speech, responsibility, misogyny and dismissal of women’s concerns, etc. It may help that there seems to be an absence of forensics and other plot holes, but there are irrelevant to the greater polemic that pushes it through. 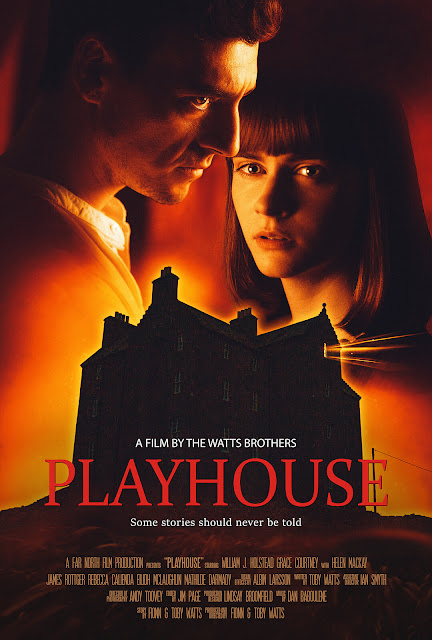 The Watts brothers’ supernatural foray benefits from a great location, a remote coastal Scottish castle. It certainly feels cold, with its washed-out aesthetic, and has all the correct Gothic context for a tale of a sordid past possessing the present. A horror playwright (William Holstead) buys the castle with the idea of turning it into an immersive experience based up its history of murder, a child bricked up in the walls and deals with the devil. This is much to his teenage daughter’s (Grace Courtney) and neighbour’s chagrin. The location makes up for a lot, but it falls short of its ambition, of both mystery and clarity. But there’s plenty here to look forward to in the Watts’ follow up. 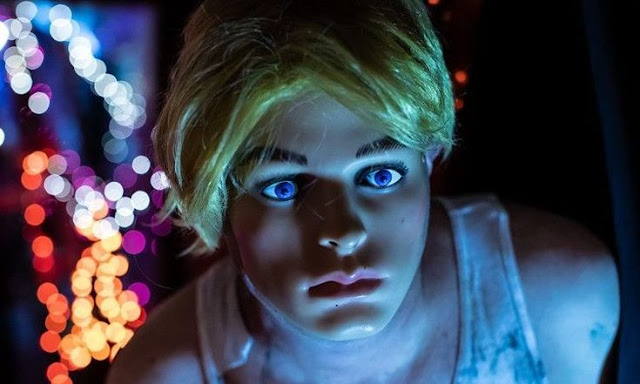 Highly stylised and visually strong woman-in-peril tale. Former actress Faye (Sarah French) is adjusting to a new life of being blind, unaware that she’s being stalked and watched constantly by a masked figure. The tone and atmosphere is as drifty and floaty as the rose petals shown falling in slo-mo to the ground, for this is as much a character piece as potential stalker. This goes some way to mitigating blindness as an exploitation device, although a cast with genuine disabilities would have given proceedings even more profundity and empathy. Then it ends on a reveal but leaves the end note as one of unshown but foregone conclusion, meaning what we have experienced beforehand is all dread, all unfair fate. The expectations of a straightforward slasher is thwarted which leaves disappointment because that’s what so many cues have lead us to expect - masked voyeur with a fairy light fetish. But then after the credits it says ‘Blind part 1’ which, if there is to be a sequel, leaves what we should feel and conclude in a state of flux. 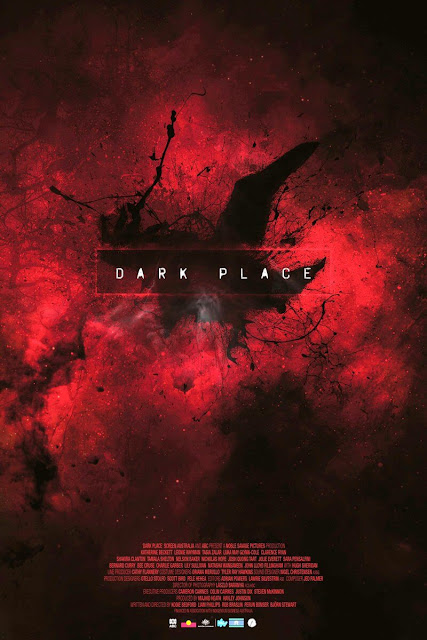 An anthology from Australia whose predominant focus is on the female experience of horror. Human trafficking, doppelgangers, supernatural forces, etc. There’s a lot of atmosphere but the Australian female context doesn’t quite elevate the genre familiarity, although Rob Braslin’s ‘Vale Light’ has a great performance by Tasia Zalar. Bjorn Stewart’s ‘Killer Native’ probably stands out most for being satirical and black humoured with a twist of outback zombies.