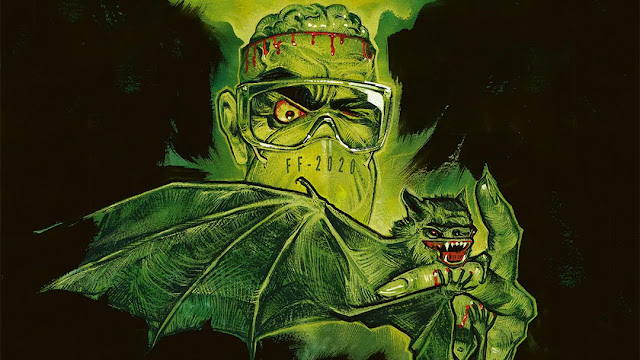 Marcius Meedts’ ‘Werewolf’ has a group of friends playing the eponymous sinister party game. It’s very funny and nicely acted but ends on a somewhat perfunctory note – I wanted to see it play out more.

Ciaran Lyons’ ‘The Motorist’ offers a mixture of folk horror and surrealism and succeeds in the oddness that the short film format allows.

What if you were stuck under siege in typical scenario with your asshole boyfriend? Charles de Lauzirika’s ‘Love Bite’ posits that culture wars will still be a thing when the world goes to hell. It’s slyly, cruelly pleasing that the film uses the word “snowflake” to truly trigger, and suggests that cheating is all they have.

Laura-Beth Cowley’s ‘The Gift’ is a neat animated feature about a woman gaining and accepting her feminine power, one with its roots in the history of women and witchcraft. Some nice facial expressions too. … Again, this is a trend I saw arising from last year’s FrightFest where women’s concerns are more prominent than ever in the genre, giving that little extra bite from familiar tropes. Hermione Sylvester’s  ‘Fuel’ also centres on a women feeling consistently harassed by men and the aforementioned ‘Love Bite’, ‘12 Hour shift’ and ‘The Columnist’ all have this already, and it’ll take precedent in ‘Dark Places’.

‘Wash’ by Kiggs delivers a nicely presented horror scenario just as ‘Povlotron 500’ creates a quick sense of future despair where all you want is some quiet time. ‘Keith’ plays on the monster-under-the-bed trope with a notable young performance from Mia Hemerling and voicework from Bear Winter-Perreu.

It’s true that I probably enjoy giallo tributes more often than the original films themselves. With ‘Death Walks on Nitrate’ director Kevin Fermini follows the work of Cattet and Forzani in taking the giallo visual aesthetic as a springboard for psychedelica. Filmed on Super8, it’s visually inventive and enjoyable.

Dimiter Dimiroff’s ‘The Afterlife Bureau’ uses the short-film-as-skit with a nicely written riff on the bureaucracy of the afterlife. 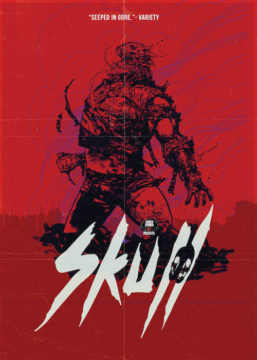 A pulpy mash-up of Brazilan mythology, comic book pulp, horror gore, slasher kills, demons and wrestling. This is the perhaps more honest fun as a homage because it is earnest rather than just using “homage” to wallow in the previous bad habits and weaknesses of genre. So in ‘Skull: The Mask’ this earnestness means that budgetary restrictions, rough edges and wavering acting are part of the package rather than weaknesses. For example, you know our protagonist is a tough cookie because she puts her hands in her pockets, on her hips, is contrarian and rips up cards of potential investigation leads because they are arrogant assholes. There’s a lot to remind of Jason Vorhees in Anhangá, the executioner of Tahawantinsupay a Pre-Columbian God, as he strides around town gutting people. There’s mythology, a hint of religion, street-level aesthetic, some decent gore that doesn’t seem heavily relying on CGI, commentary on corruption and plenty here to entertain. There’s always something going on. The visions of a red hellish otherworld are impressive, trippy and a highlight. A personal highlight: a priest pulling a sword from a statue of Jesus, as priest do. Also, our ostensible hero collecting a flamethrower from a tomb…? In the Q&A, Fonseca and Furman speak of how Brazilian horror is still trying to move on from Coffin Joe, but this conveys that same Go For It! gusto that José Mojica Marins ran on. 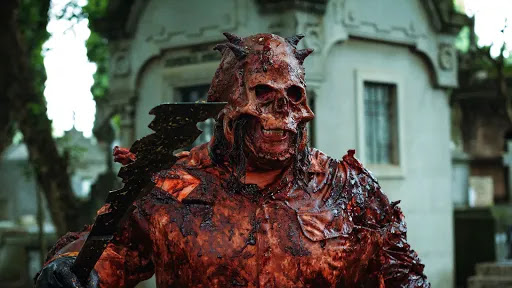 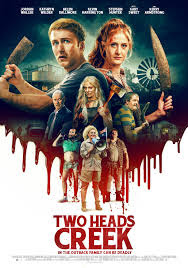 Siblings go from the Brexit xenophobia in UK to the xenophobia in Australia in search for the truth about their mother. The humour and cultural representation is broad, but the cast know how to play and it’s consistently entertaining and funny. Of course, the locals shouldn’t be trusted. The encounters with Don Bridges as Uncle Morris are uniformly hilarious. It’s the kind of film that throws in a dance number as well as copious amounts of blood. It’s silly and fun with the underlying subtext that nowhere is welcoming to outsiders and that a government conspiracy will allow locals to murder. There’s some nice asides and barbs for the one aboriginal character too, right until the end. Like the best satire, it has an edge too. 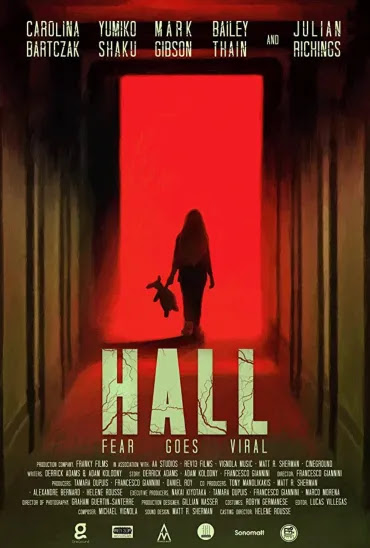 There’s a virus unleashed down a hotel corridor where some are having marital problems. The virus apparently incurs violence but mostly just causes people to lay in the corridor wheezing and croaking. Although the setting up of the characters and personal issues are fine – there’s a good portrayal of an abusive husband subtly undermining his wife – when the virus takes hold it becomes obvious that there isn’t enough story or inventiveness to keep things propelled. Instead, there are endless scenes of crawling down the hall, or our main protagonist Carolina Bartczak taking a long, long, long time to hobble down the hall on an injured ankle. Apparently she’s not quite concerned enough about her young daughter out there on her own to pick up speed; and when they do get out, she just strides away on that same injured ankle. And she doesn’t bother to alert anyone else attending the gala of the dangers, not properly. Also, since when do viruses cause someone uninfected to hear voices and hallucinate their father? The problems with the dramatic pacing are evident when there’s a long mid-credits news broadcast explaining more story. 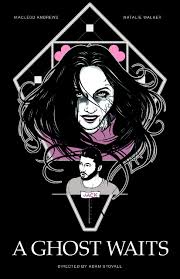 A film that is obviously coming from a place of such good faith that I am happy to overlook many of my personal preferences. Macleod Andrews makes for an agreeable protagonist as Jack, who fixes up houses for rental. Temporarily kicked out of his place and with no one willing to put out for him, Jack stays in the property that’s his latest assignment… the only problem is that it’s haunted. With one location, lots of amusement, after a while the central joke emerges that Jack isn’t really spooked. Maybe my favourite is Jack refusing to be alarmed by a cabinet door opening by itself. This causes much bureaucratic disturbance amongst the spectral agency, which is the hub of the humour for the middle of the film and perhaps it’s best sequence with ghostly infighting. Then it moves into romance. The supernatural romance is not a sub-genre that I am particularly convinced by and typically I feel, as with many films that have conjured up a reliable temperament of humour, the urge to go for sentiment feels like a cop-out. But those who enjoy supernatural romance will feel differently. However, I still have issues with the idealisation of suicide as romantic devotion.

In the Q&A afterwards, the sense of good faith I got from the film was confirmed by Stovall and Andrews obviously being so smart and warm. Hence, it doesn’t quite tick all my boxes but that matters less than the fact that it’s smart, winning and nicely played.