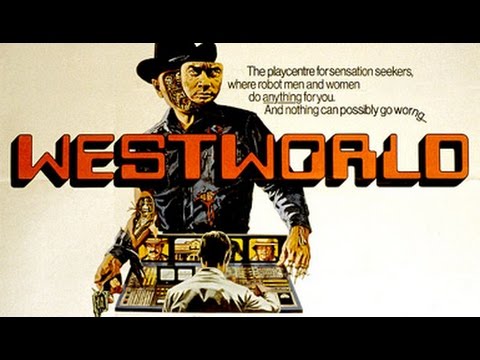 Undeniably a tentpole Seventies sci-fi. The glorious high concept pulp and smarts is straight from the covers of sci-fi magazines. There’s a theme park called Delos for rich folks where the imaged archetypes of bygones eras are recreated with life-like robots. There’s Medievalworld, Romanworld and Westernworld, and you can more-or-less do or be whatever you want. It’s all arranged to pander to your ego. But, as always happens with these things, there seems to be a glitch…

If you were going to pick holes, you could wonder why the robot snake biting a guest is such a safety issue when there’s no apparent concern with a no-holds-barred barroom brawl where no one knows if the other is a robot or not (and wouldn’t robot punches be an issue?). But it seems no bones are broken and there’s no bruising: it’s just like a fracas from an old TV show – and that’s the point. The ugly-free violence of the era’s entertainment – minimal blood; very little bruising; a sore head to make you groan, etc – is very enjoyable and all, all this jovial violence, but how would you like it if it was real? A barroom scuffle is fun! Right? But then the gunslinger character is hunting you down and it’s no longer enetertainment. Indeed, Delos wouldn’t work because there’s too many variables, as JP Roscoe says, , but the metaphor holds. As a satire on an audience living variously through the archetypes and narratives of TV and movies, it certainly has not dated. Man will pay for his thoughtless, narcissistic and irresponsible hedonism. 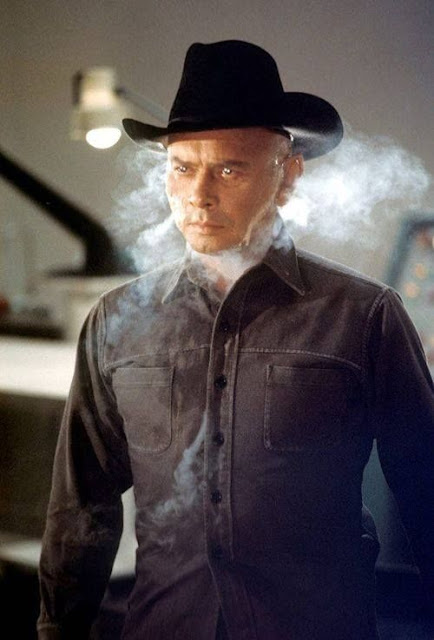 Of course, there will be datedness and the Western motifs certainly made more sense in 1973 – it’s easy to take the cornball cowboy stuff at face value, to smirk, but that’s in keeping with the fantasy being bought. Michael Crichton directs solidly, if unremarkably, so that there’s never a distraction from the central concept. However he captures many memorable and vivid visuals: Brynner’s eyes reflecting silver; a Roman statue in a stream; the parks being turned on; a robot prostitute staring blankly over the shoulder of her client; the first “robot behind the humanface”  etc. But when it changes gear, the film clips away the diversions and drives ahead. No beleaguered death scene – “I’ve been shot…” – just a face in the dirt and we’re off.

Gunslinger Yul Brynner has very few lines, but he doesn’t need them. Just his glare and that particular walk is iconic. The original Terminator: that machine that won’t stop hunting you down. Josh Brolin is all Seventies TV-maco-cocky, and Richard Benjamin is agreeable as his newby sidekick, learning the ropes in this brave new world of entertainment. But it is Yul Brynner that defines it, commenting on his ‘The Magnificent Seven’ role, stripping away its humanity. The acting being a cut above sells the archetypes. 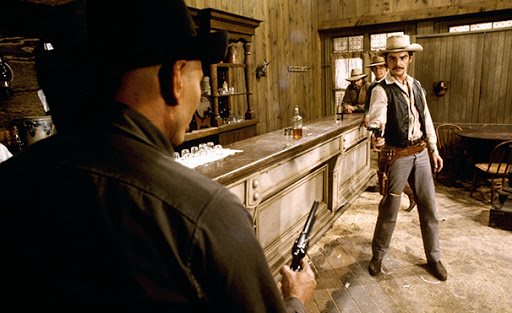 If there’s any major shortcoming, it is that there’s nothing here for women, not even a damsel in distress. Robot fun tied to a sketchy morality tale, so enjoyably straightforward and swift that you won’t notice or care about any limitations in the sets or characterisation. Or asking awkward questions like, “Wait… a dungeon…??”

And then, of course, Crichton thought: What if there was a Dinoworld…? 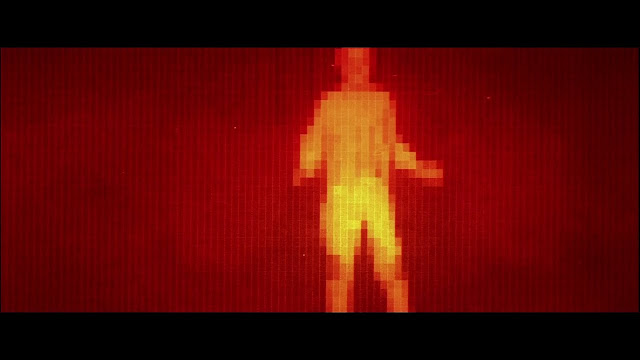