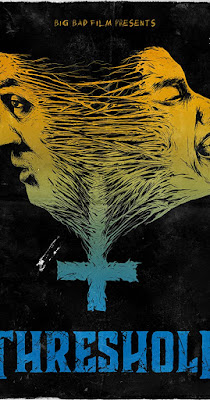 Leo (Joey Millen) is called for help by his junkie estranged sister Virginia (Madison West) and when he arrives, she seems be going cold turkey or having a drug-induced fit. But she says she says she’s no long an addict: rather, she is cursed, and she’s bound to some other guy and can feel what he feels. And so the siblings embark upon a road trip to find the man she has a symbiotic link to.

It becomes pretty obvious early that this will be a film about their relationship, filmed guerrilla style and improvisationally. And to this, Millen and West acquit themselves admirably. But this isn’t ‘Before Sunrise’ for the Satanists subgenre. As the road movie goes on, it becomes obvious that the supernatural element that hooks isn’t given focus. Indeed, per the Grimmfest Q&A, the finale was apparently made up the night before, and the directors kind of feel the ending is just a tag-on to the improv road movie chamber piece. Promising relationship study that doesn’t possess enough meat on its bones, and that doesn’t realise that the strong premise ought to focus and reveal much more about its characters. 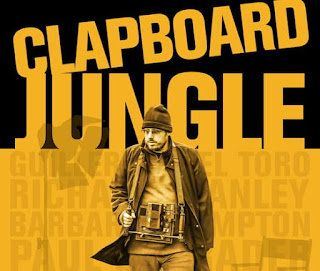 And to my nit-picking about the narrative of ‘Threshold’, and any I may have when I eventually see ‘Lifechanger’, is of course inconsequential against the effort it has taken to make a film of any kind. I mean, 'Threshold' is obviously an admirable achievement even if I, personally, don't think it fully lands. A film like McConnell’s ‘Clapboard Jungle’ reminds of that, the effor tit takes to make a film and get it seen: it's the tale of how he took years to make ‘Lifechanger’. I have two film-making friends, both tell me differing experiences which is probably in accord with their personalities – and neither are really like the filmmaker here - but Justin McConnell’s experience does tally with anecdotes I’ve heard. If McDonnell’s documentary returns again and again to his angst and self-doubt and travelling to festivals, that’s the nature of the experience (he was far more fun and at ease in the Q&A). Where McConnell is smart is that he intersperses his autobiographical experience of the film industry with bigger players and cult names – hey!! Dick Miller! Hey, Lloyd Kaufman!! George Romero!!! Etc – which gives wider context and experienced opinions. So, if you are a desperate artist of any kind, McConnell’s tale is going to be relatable and even informative about the harsh reality of how much the business end defines artistry. 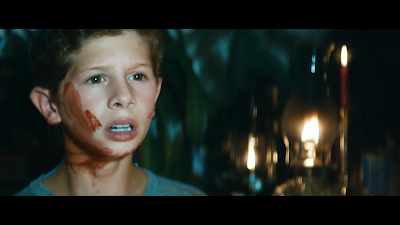 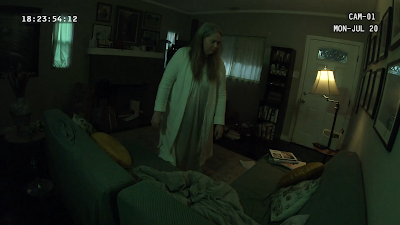 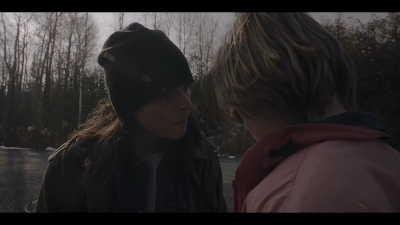 Xanthe Pajarillo’s short film ‘Thrall’ is suely typifies the sort of film that is being made under lockdown, utilising the claustrophobia of the times and equating that with inescapable domestic issues. A young woman tries to maintain her personal life via the modern technology of her phone whilst looking after her mother. The fear and stifling nature of dementia-possession and of it being transmissible is all there. Found-footage has surely moved into Home Footage, which has its own problems (she allows two security camera’s in her bedroom? Does she know?), although we can perhaps dismiss the query of Who’s Watching. But ‘Thrall’ has the advantage of the short form to cut to the nub and has all the themes fully present – even touching on social care – that makes it full-blooded rather than just a horror snapshot.

A horror snapshot is what’s given with Ashlea Wessel’s ‘Weirdo’. We join a boy as he is presumably waiting for the bullies to leave before he starts home but school. But a bully catches him up and, as the Grimmfest summary says, “When an odd boy is confronted by a bully, conflict leads to a grim conclusion.” A washed-out palette and generally downbeat feel draws on all the High School misery films we’ve seen, and we can fill in the backstory and what this snapshot implies for the future easily. It only needs to chill.

Eric Burleson's ‘The Bef’ is a piece that is even tricker with playing with audience sympathies: a boy is pushing a toddler around, and even changes it’s nappy. But it seems he’s being pursued… Again, using the short form to deny the audience any comfortable, easy resolution, leaving a troubling stirring of themes of abuse, complicity and the taboo breaking that horror specialises in.