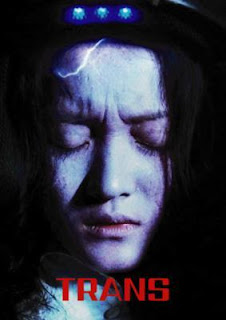 Time-loops, electricity and biology, bullying, temporal displacement, murder and nihilism. In a world of high school bullying, Minyoung Go (Hwanf JeJeong-in) is experiencing a time-loop. There’s a guy that sits in the desk in front of her that has an artificial – bionic? – arm. Someone has been murdered outside the school, fried to a crisp. Another guy, Taeyong (Kim Taeyoung) having saved her from bullying, shows her that he has a lab in back home and introduces her to transhumanism. He weds this to adolescent nihilism, thinking himself superior and humankind trash and over. This is not ‘Weird Science’.  He even has a giant Tesla Coil thing set up in the desert. The narrative crashes along and doubles back on itself, leaving behind quickly what might appear to be a Making Superheroes At School revenge set-up. There’s still the dramatics of characters conflicting, but then there’s identity merging, and then we get to time travel… It’s heady, and you’d best keep up, and elements of fun come with playing electric guitar to Tesla Coils. Although there’s a Hard Sci-Fi feel to the philosophy, characters are just left confused and desperate in the wake of superpowers and multi-dimensions, which seems appropriate for bullied teenagers biting off more than they can chew. And where else can you go with angsty teens other than being swamped with Big Science they think they understand? 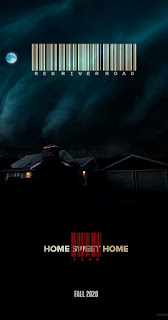 A real family affair, made wholly by the Schuylers under lockdown conditions. This brings, of course, an authentic family feel to the characters and the setting – oh look, nerd stuff! A whole room dedicated to DVDs… and film reels as decoration! Action figures! – which helps no end with identification and investment. This wave of made-at-home films, long and short, are showcasing the innovation and DIY drive of filmmakers more than ever. Of course, it helps if you have the decent script and ideas. A short like ‘Thrall’ uses it limitations and assets and flourishes with themes, for example: at first, I probably thought it was standard fare, but upon reflection found it properly meaty. ‘Red River Road’ (the Schuylers’ actual road) deploys its scenario discreetly: Anna’s (Jade Schuyler) paranoid pillow talk early on may initially seem the result of a anxious nature, but it proves to be a vital junket to what’s going on; and once there’s the knife accident, things come into focus even more. With a solid family foundation, the film can take its time to drip-feed details that there’s a pandemic out there, spread by the internet that messes with reality. There’s even microchips in necks and rotary phone calls to imply government control. It’s right of its moment.

‘Red River Road’ succeeds with its depiction of a warm family dynamic and its portrayal of slipping reality, lack of control, fear of the intangible and mounting loss. It would be harder to find a more personal film capturing the anxieties and abstract doom of the pandemic lockdown era. It even uses family film footage for the flashback/whatever. A budget may even have been a hindrance to the vision.

James McAbee’s ‘Nova’ is just what the short form is for: a rotating shot showing off special effects. Impressively executed and designed, we can fill in the backstory ourselves.

Sarah Bonrepaux’s ‘Strayed’ condenses abstract fear of the self, of being debilitated when you’re in your prime.

The Sposato’s ‘Hey, it’s Me’ meets the criteria of its lofty sci-fi time-spanning demands by focusing on one person, offering some retro-futurism and keeping it things colourful. The Grimmfest summary cite ‘The Twilight Zone’, and it certainly has that feel. Fully satisfying.